Alban Engineering performed the lighting design for the renovated pedestrian bridge at Lebanon Valley College. This project was originally for lighting design for a replacement pedestrian bridge over some rail lines at Lebanon Valley College.  Nice, subtle, low level pedestrian scale illumination was requested and Alban was able to accommodate this request by accenting the linear seat walls and some simple, traditional, post top style acorns.  The ramps and stair illumination was originally designed as a very thin modernistic style pole mounted luminary to blend into the bridge structure.  During construction, the bulk of those luminaries where removed from the project and Alban applied a really wonderful handrail product.

In addition, the College had made a request for full color changing (RGBW) on the bridge itself so they could just not have a color changing visual element at night but to adapt to Holidays and other College functions.  After interactions with the Transit Authorities, the Red, Yellow and Green colors had to unfortunately be removed due to possible conflict with the train conductors themselves (these colors are applied along the rail systems as visual indicators to the train conductors, example being that the train is actually on the correct track!).  Alban ended up adapting to a static blue matching the College colors and mixed some white in as well to help raise the overall foot-candles. 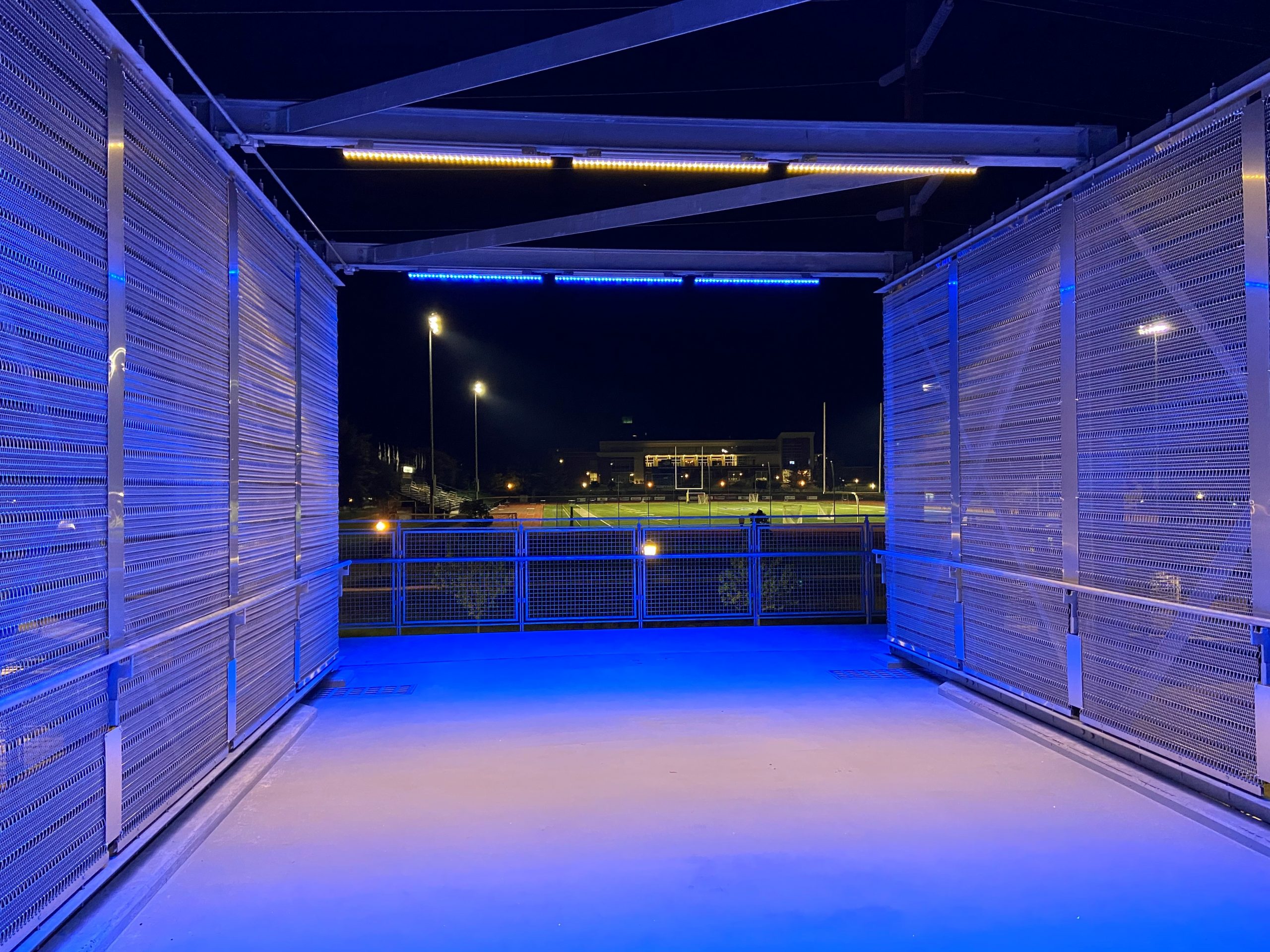 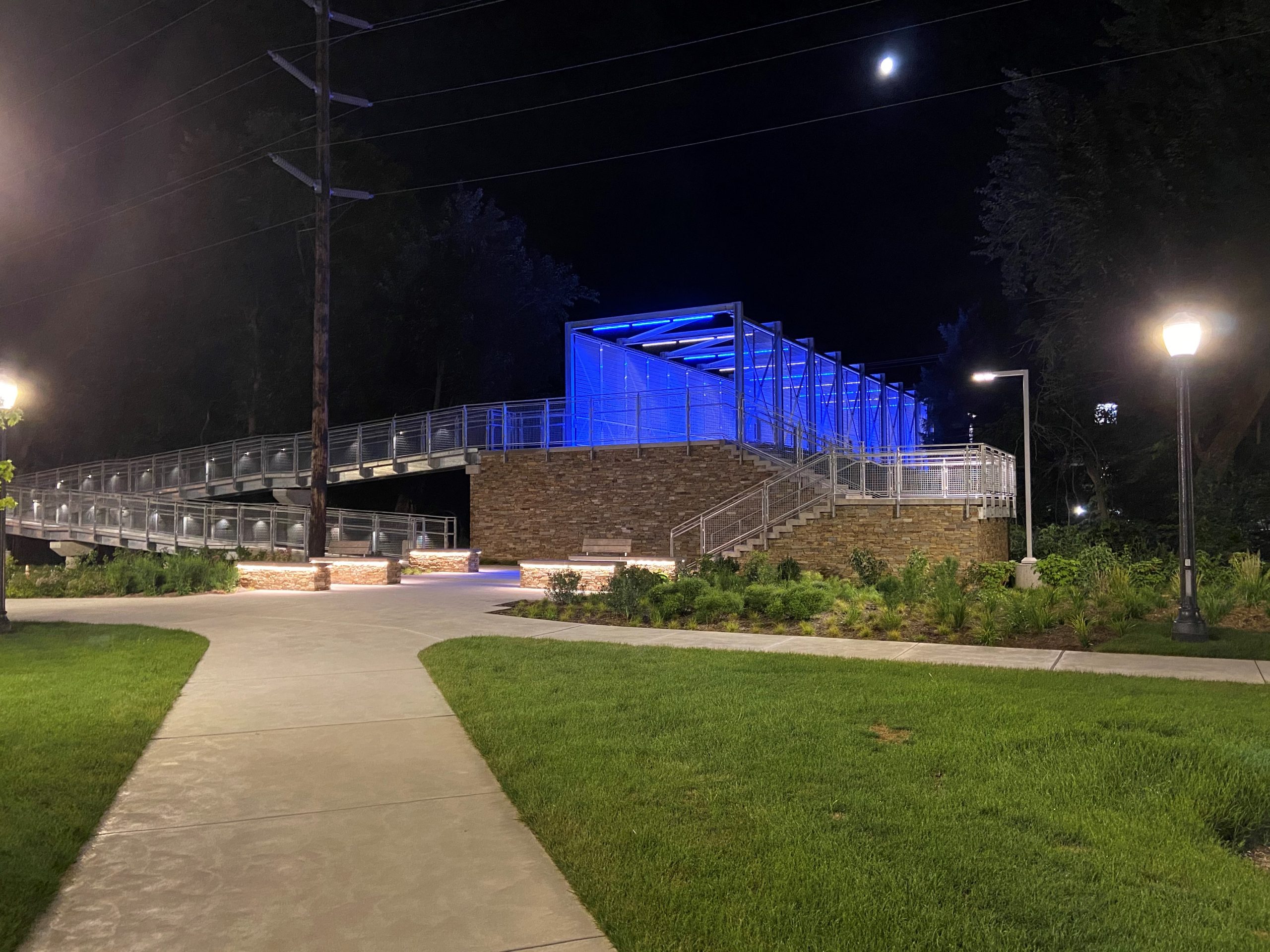 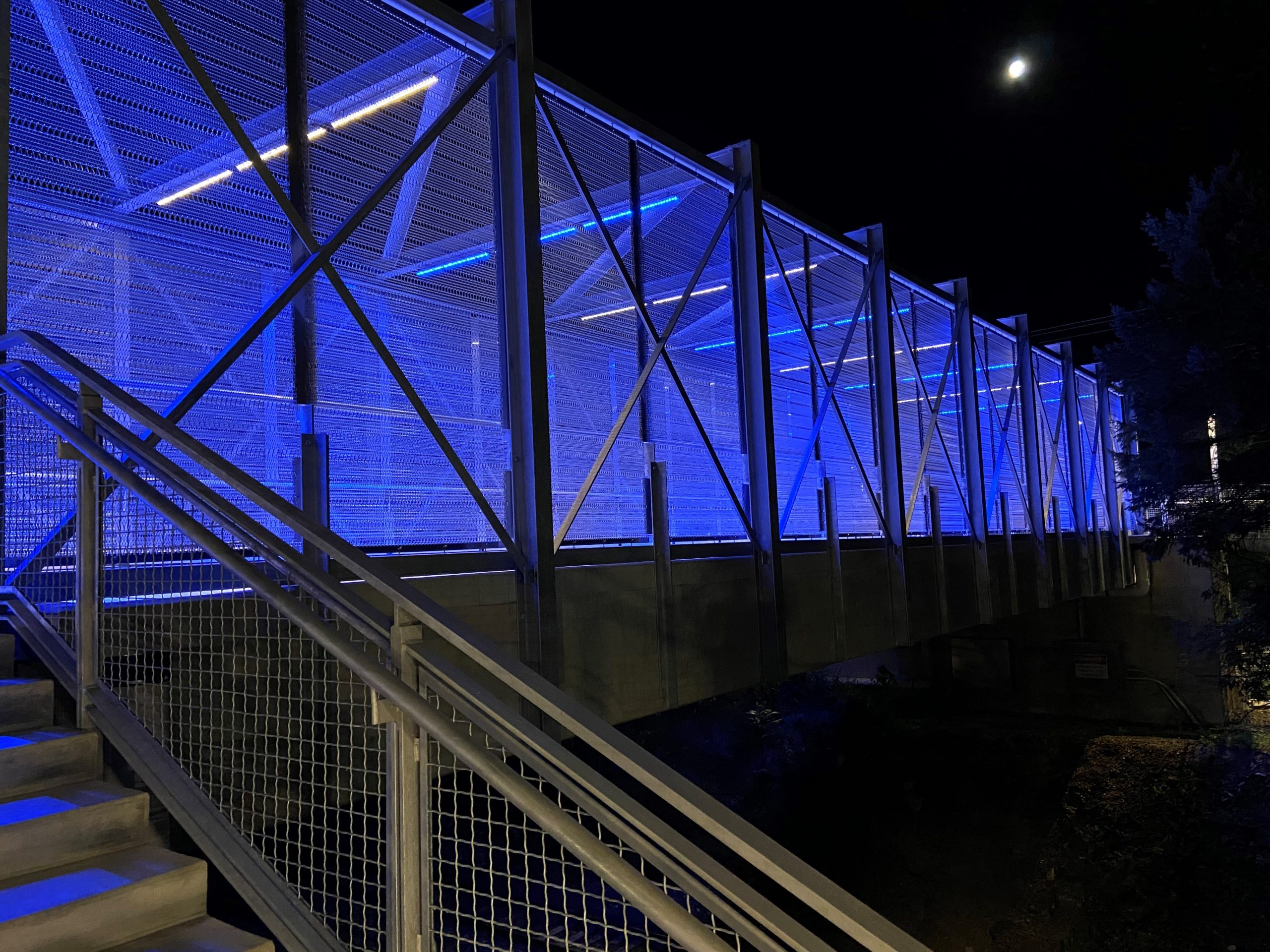 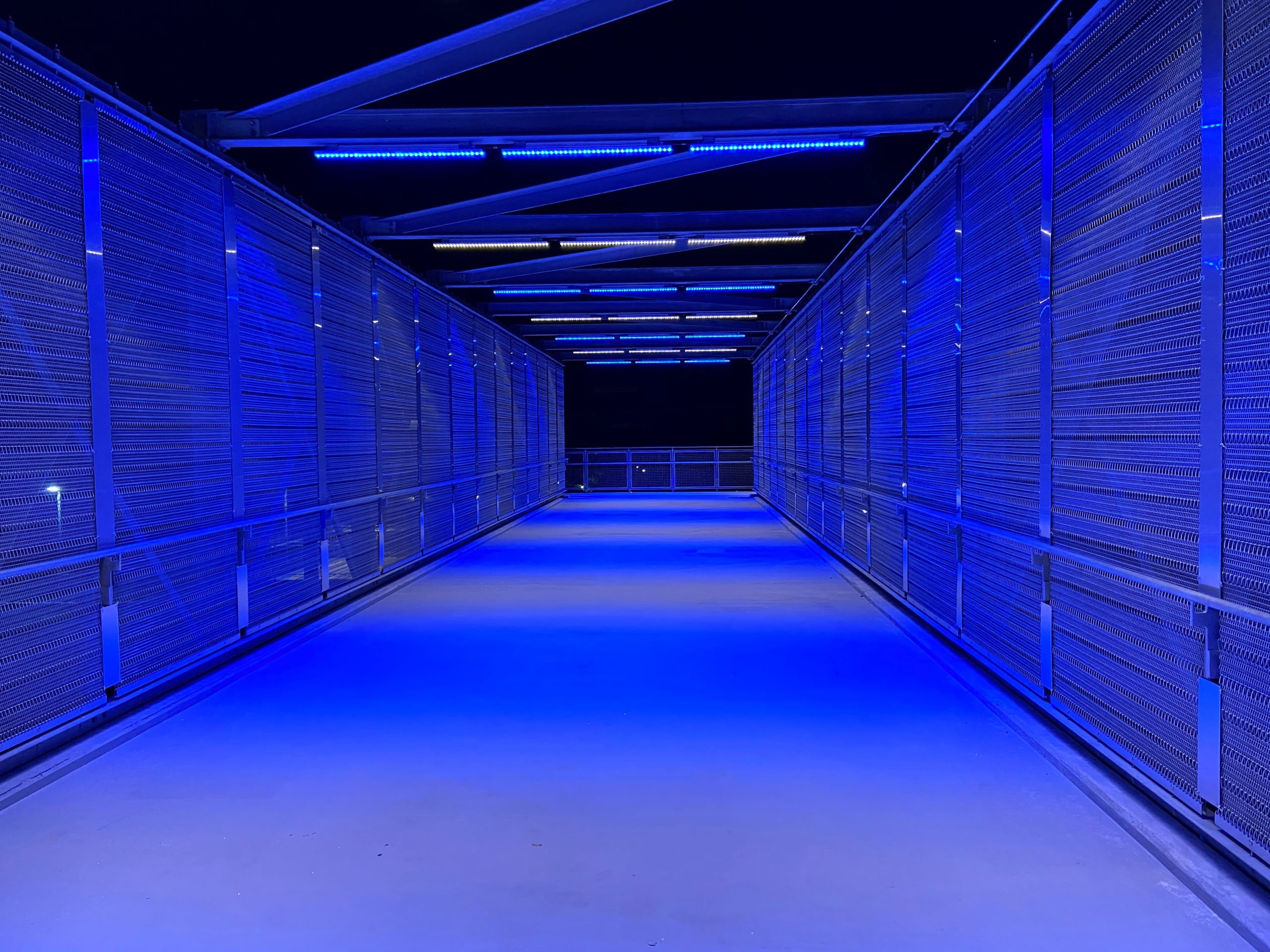 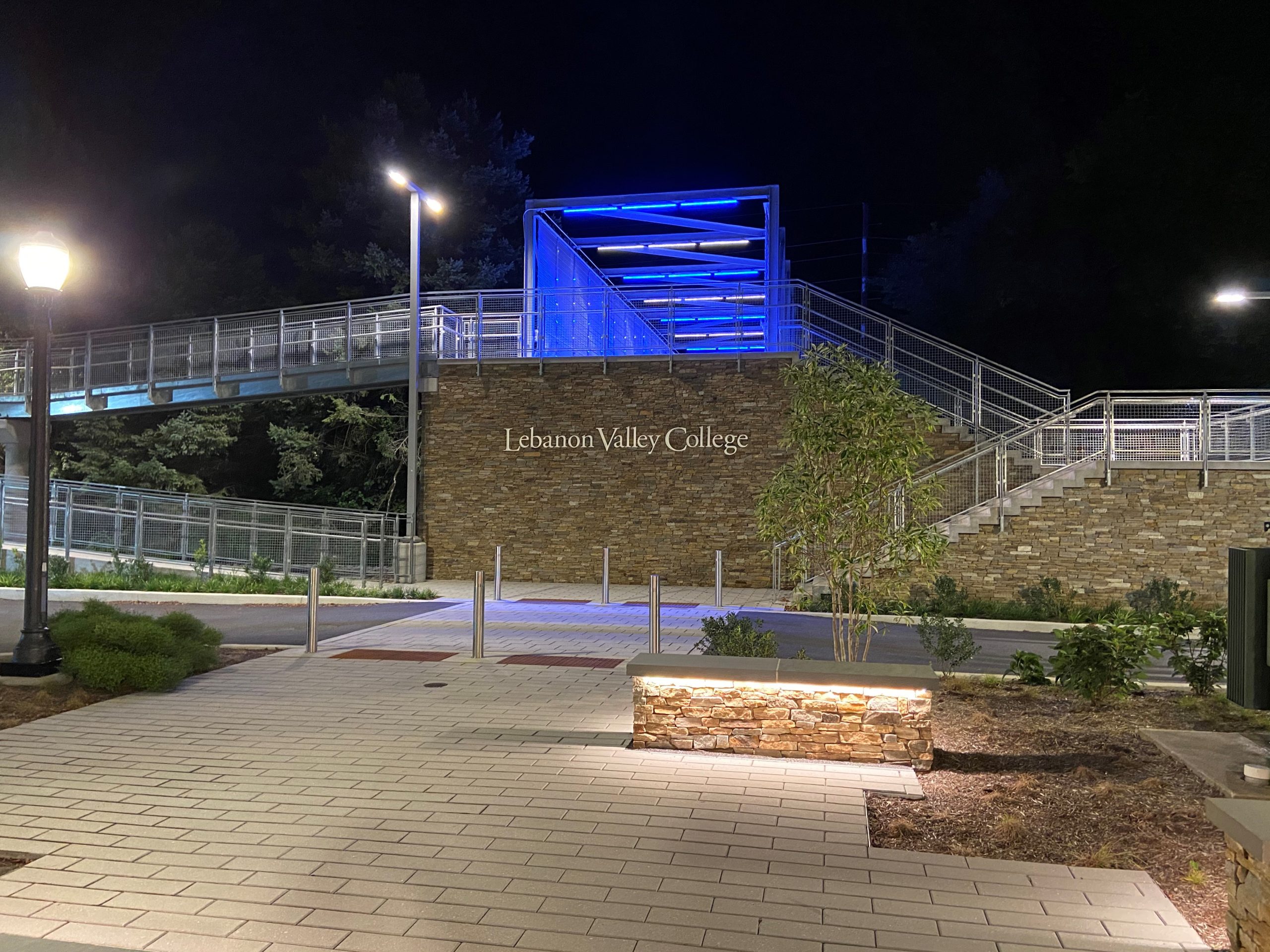 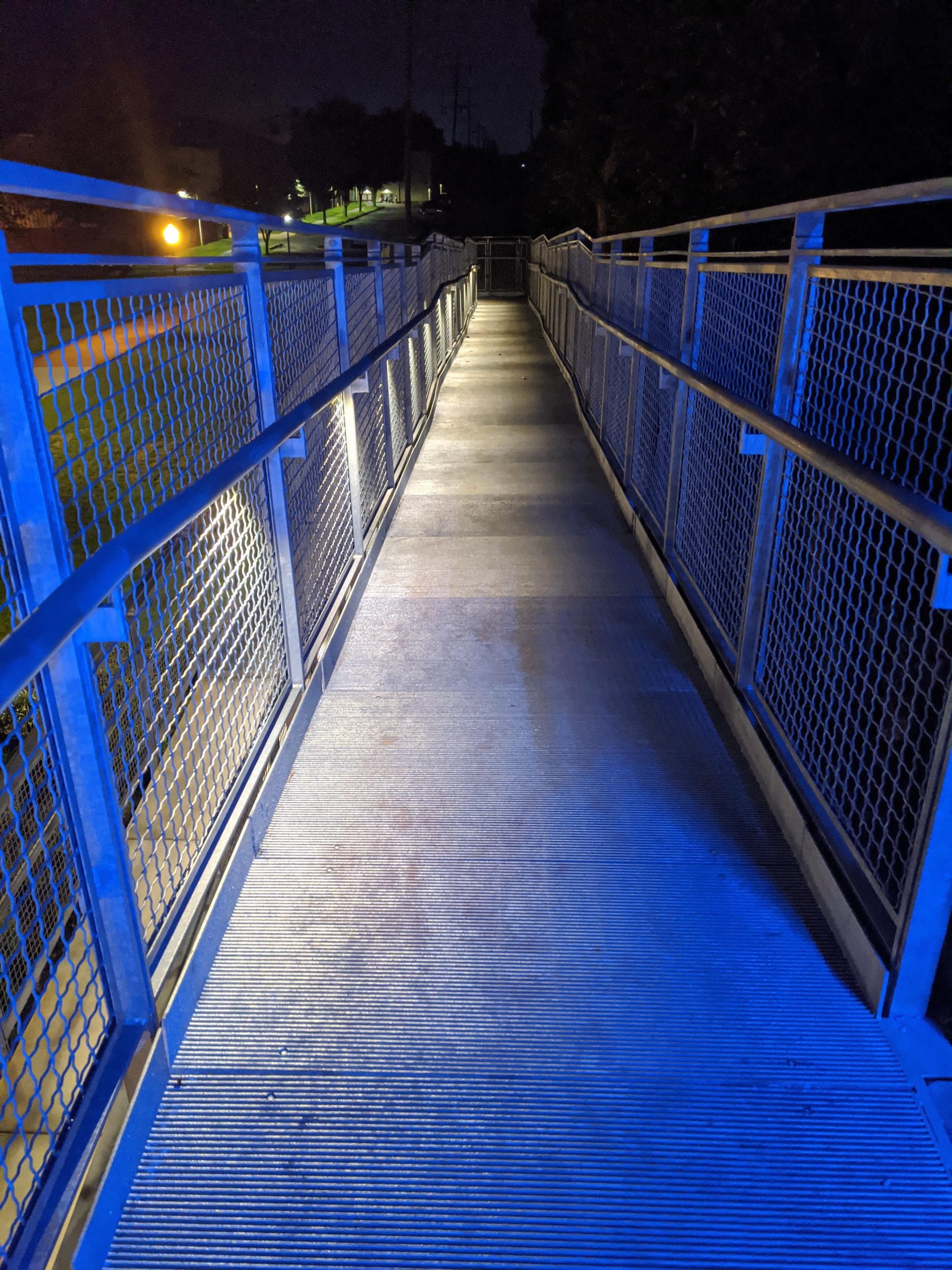 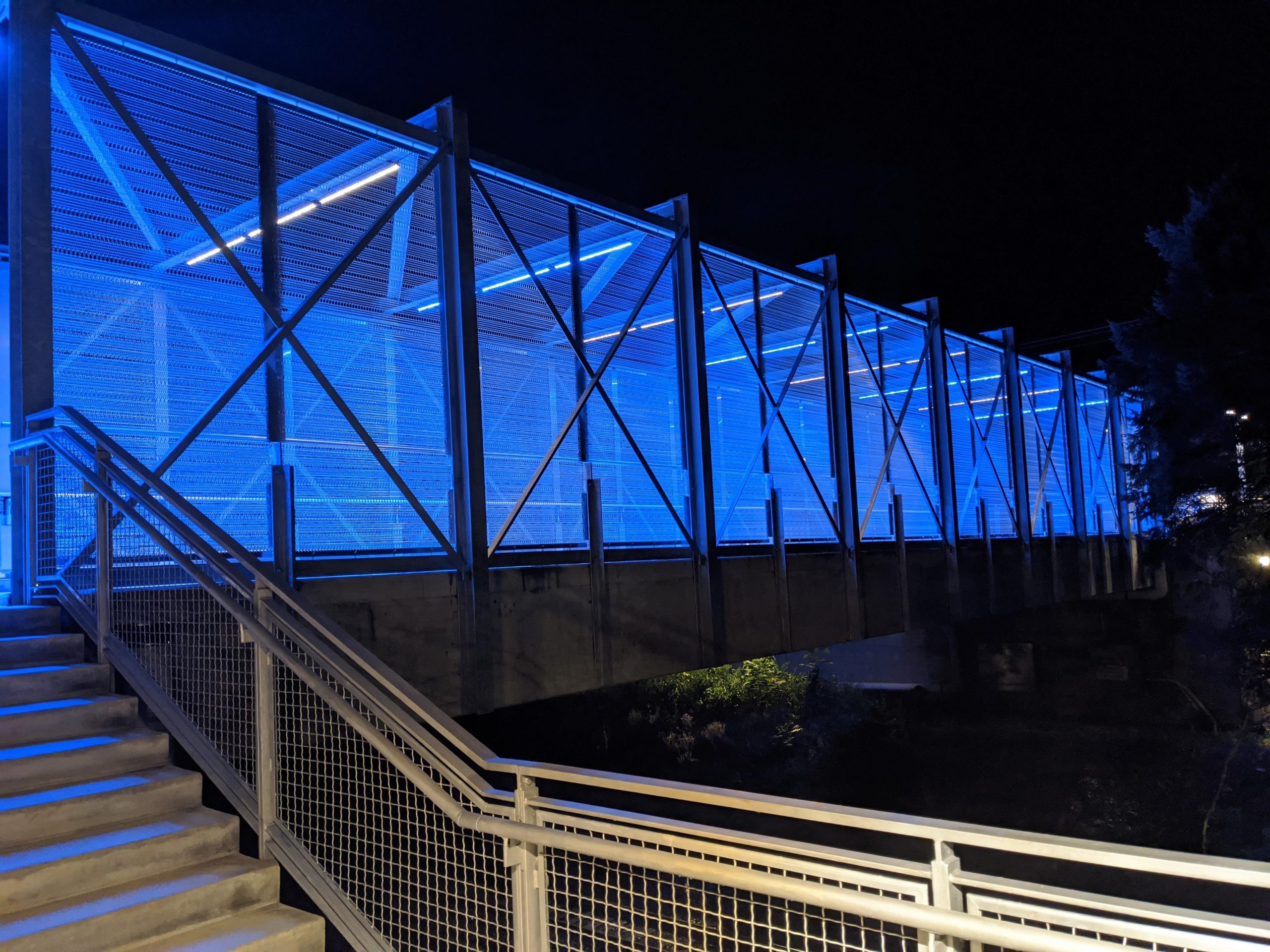 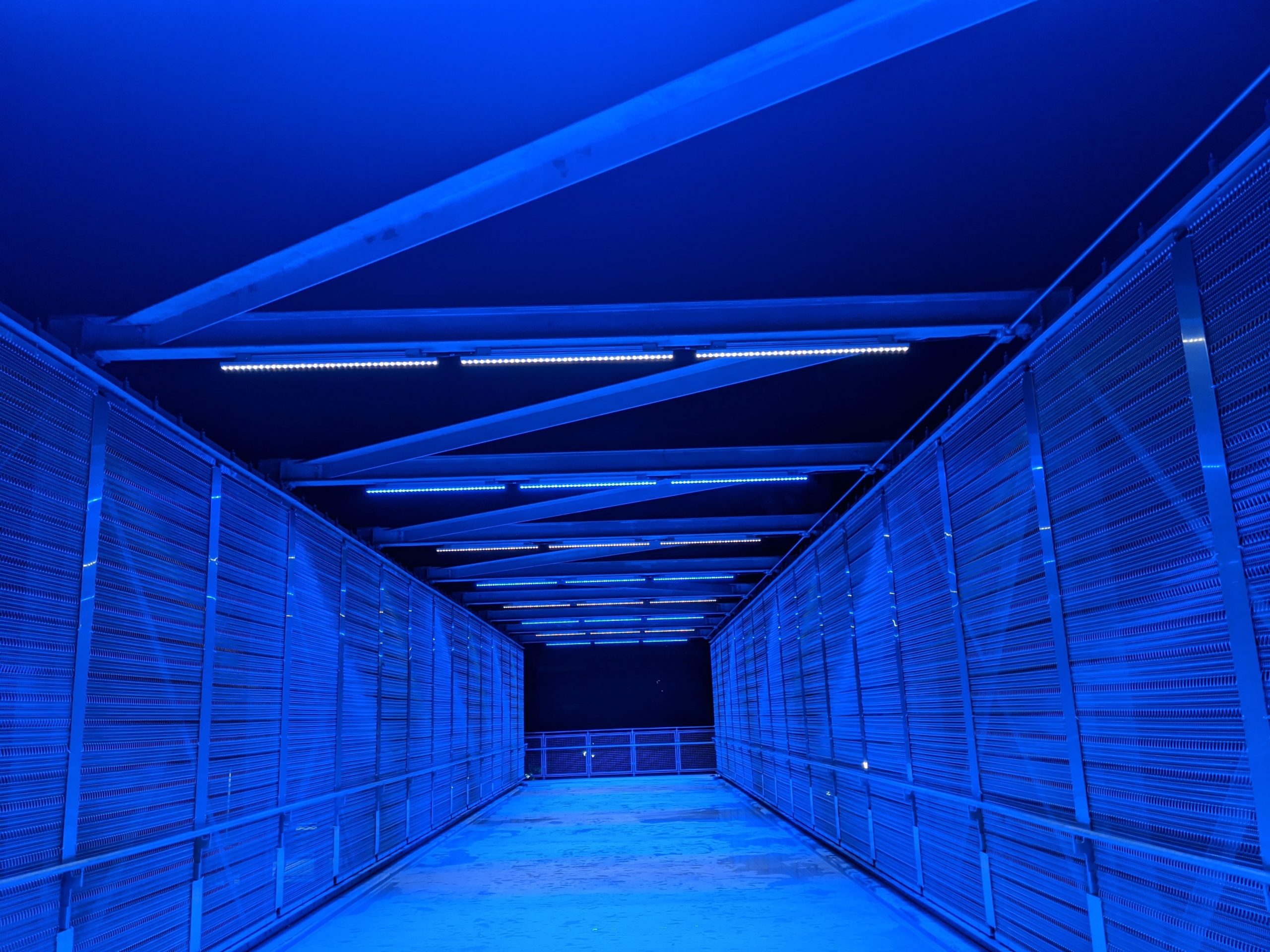 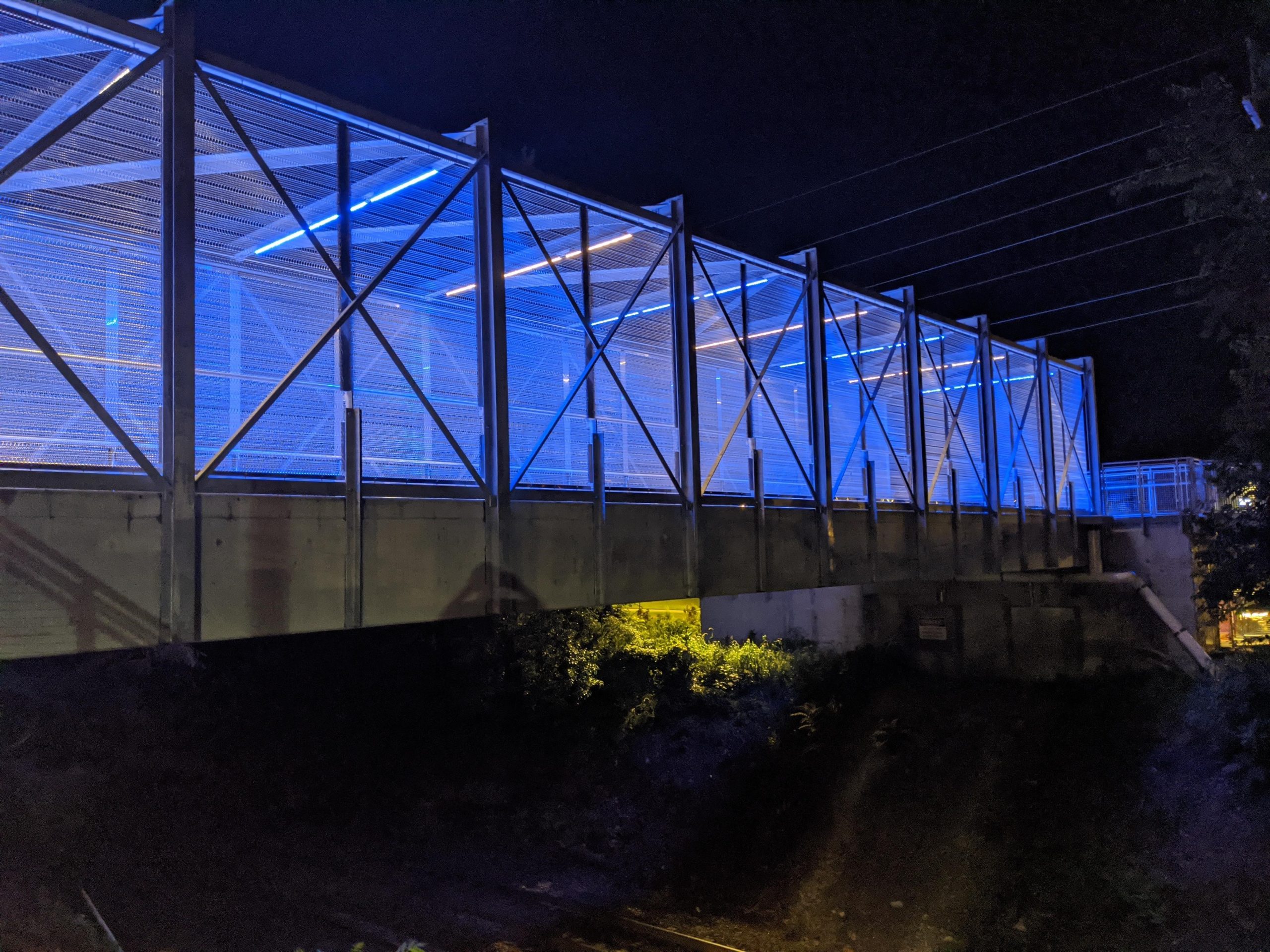 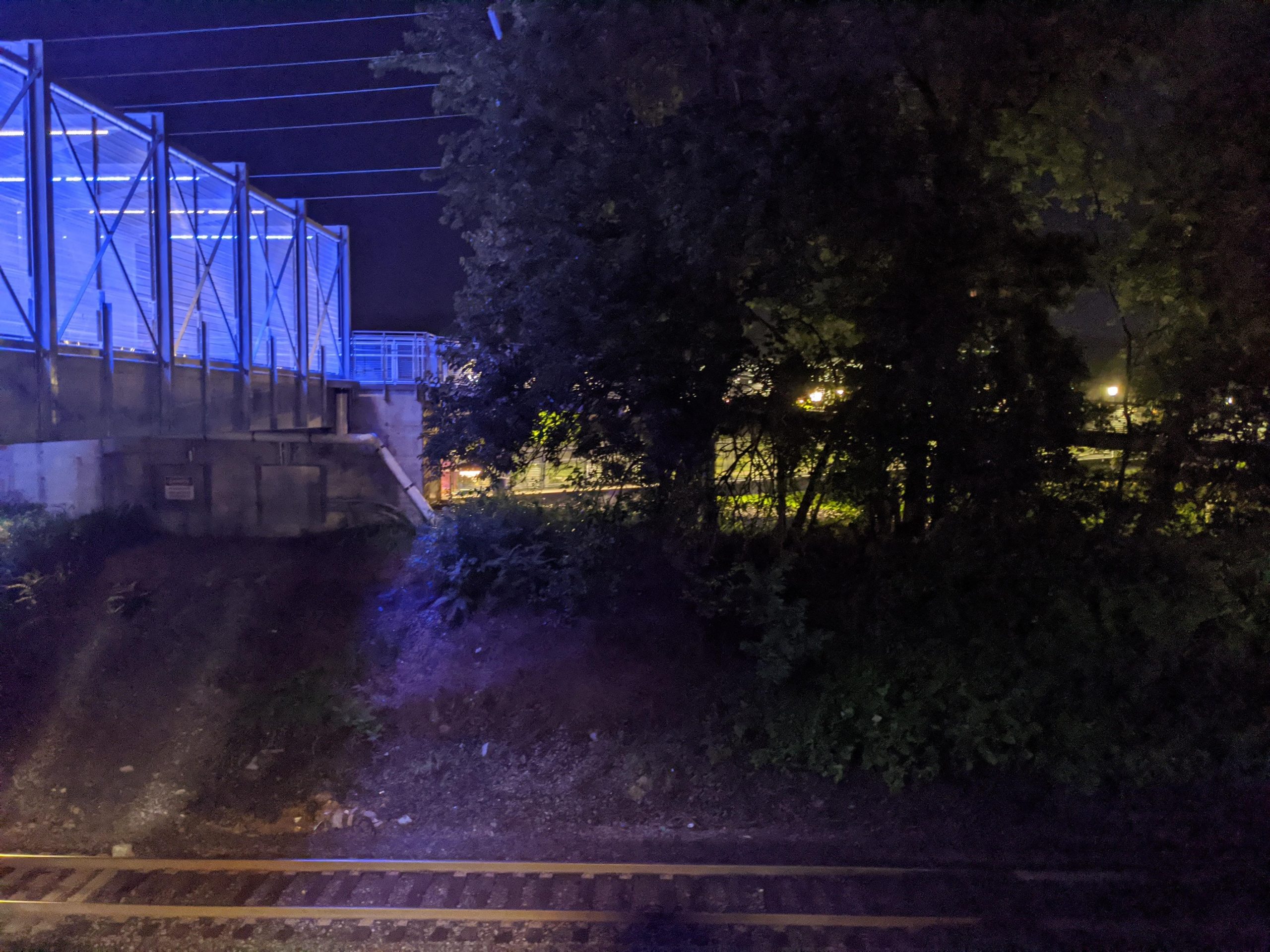 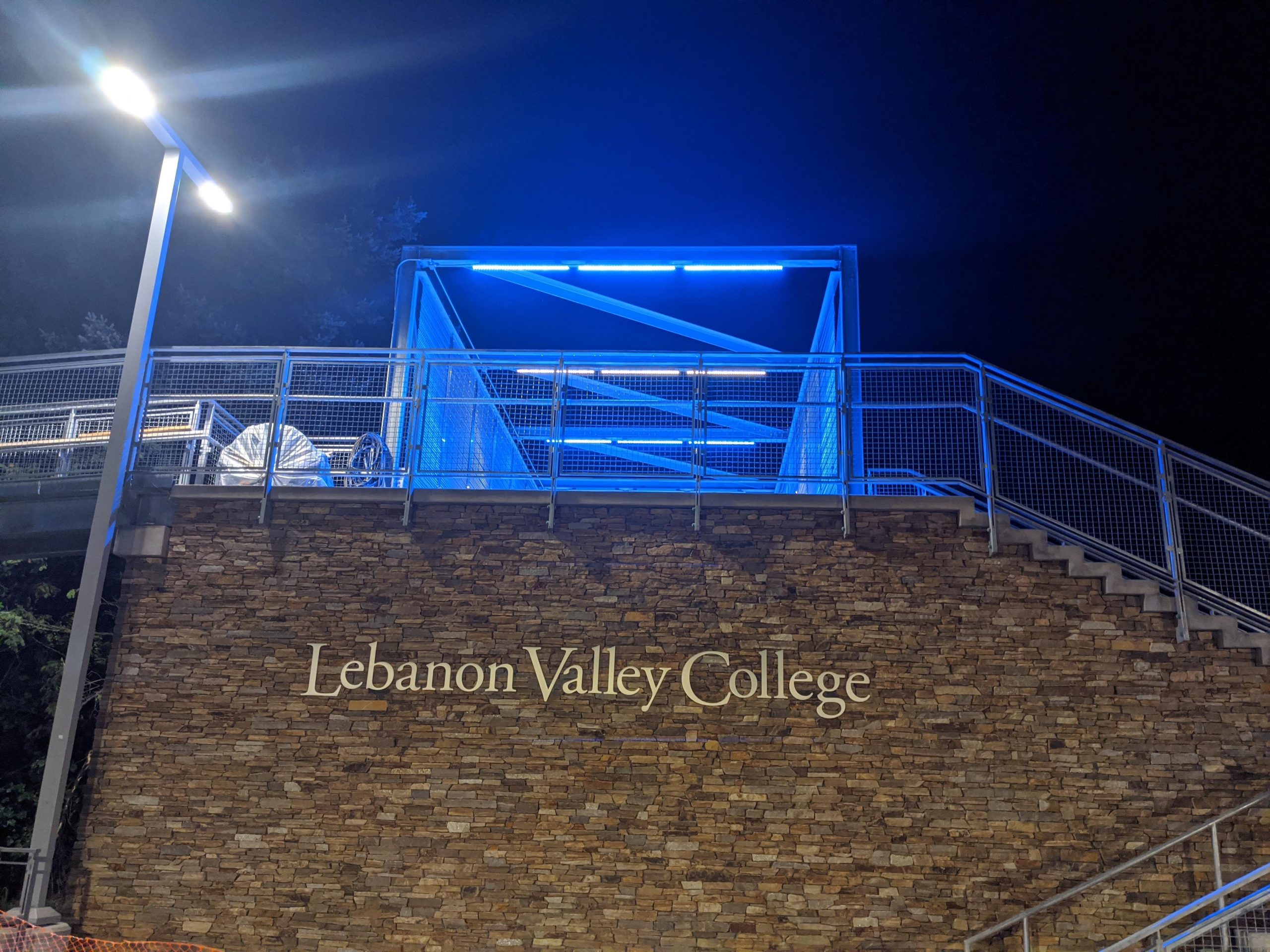 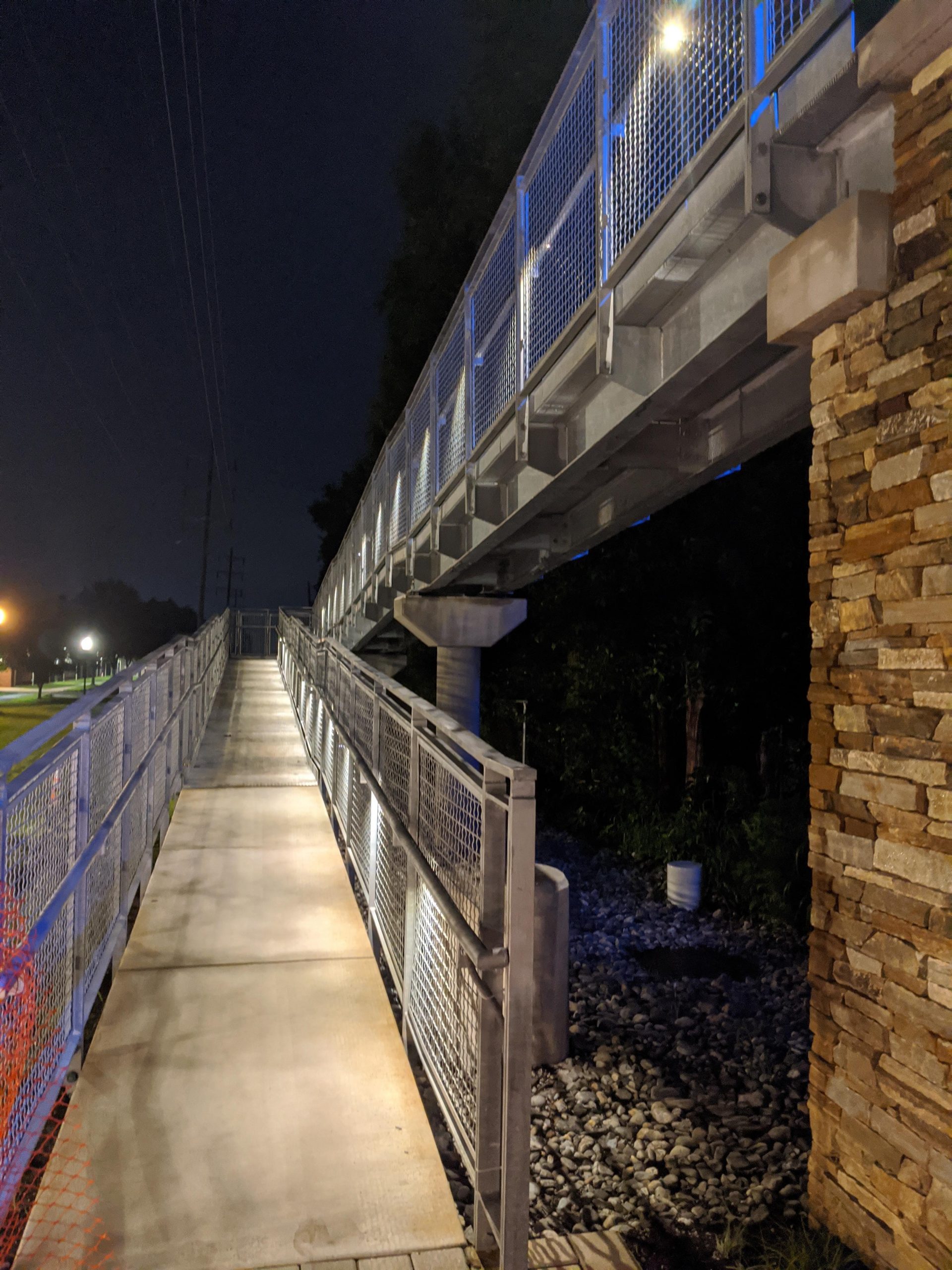