The purpose of this Study was to develop options to replace the existing heating, ventilation and air conditioning system, enhance energy efficiency and to overcome possible short comings of the existing system, specifically to allow use of the sacristy independent of the main HVAC system serving the Church.

The study was to evaluate replacement options for the existing heating, ventilating and air conditioning (HVAC) for the building. The original building was heated only using boilers, located in a basement area under the sacristy, with piping located in the crawl space which up-fed floor mounted radiators. This system has been abandoned in place. The current HVAC system consists of two (2) gas fired packaged rooftop units located on steel dunnage above the sacristy flat roof area. The supply air system is ducted to the narthex and nave but not to the sacristy. Return air from the bottom of the unit extends down to the sacristy where all the return air has to migrate back from the narthex and nave, which essentially will condition the sacristy using return air. Openings to the sacristy exist behind the alter. There is a small hallway connecting the nave to the sacristy on one side of the Church and double doors on both sides of the alter, which leads back to the sacristy.

There is a wall which divides the sacristy into two halves with a transfer grille in the wall above the door to equalize the air pressure between the two units return air grilles. When the large double doors at the alter are closed during mass, the rooftop units may be starved for return air and high air velocity occurs through the openings behind the alter and through the passage way on one side of the Church. The alter doors are typically open at times other than during mass, however, the units that serve the nave and narthex have to operate for any conditioning of the sacristy to occur since there is only return air to keep the space tempered. The existing rooftop units are light commercial type manufactured for office type applications. They utilize on/off compressors, constant flow, belt drive supply fan and gas furnace. The units are single wall construction where the internal insulation is exposed to the air stream. 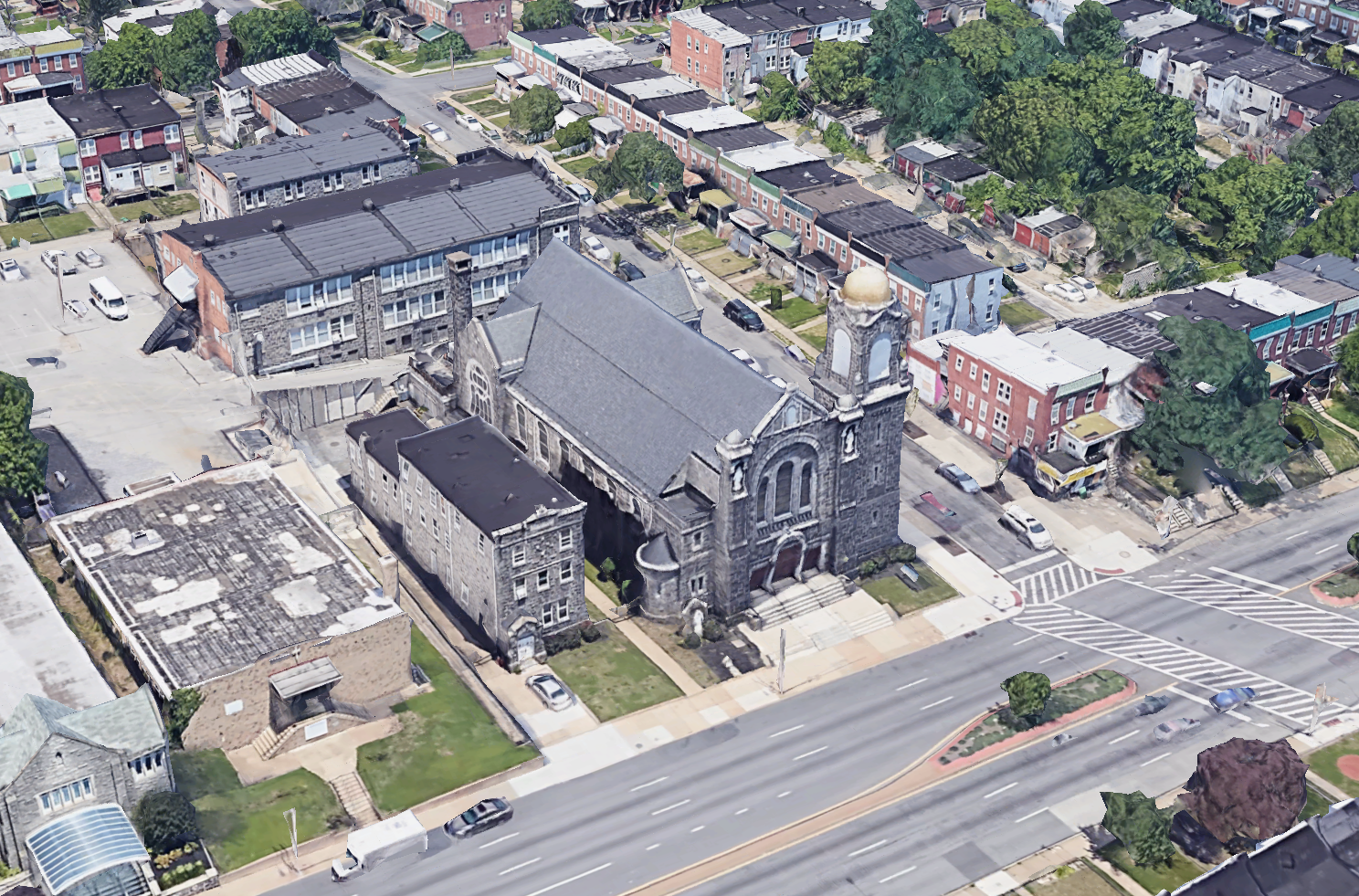 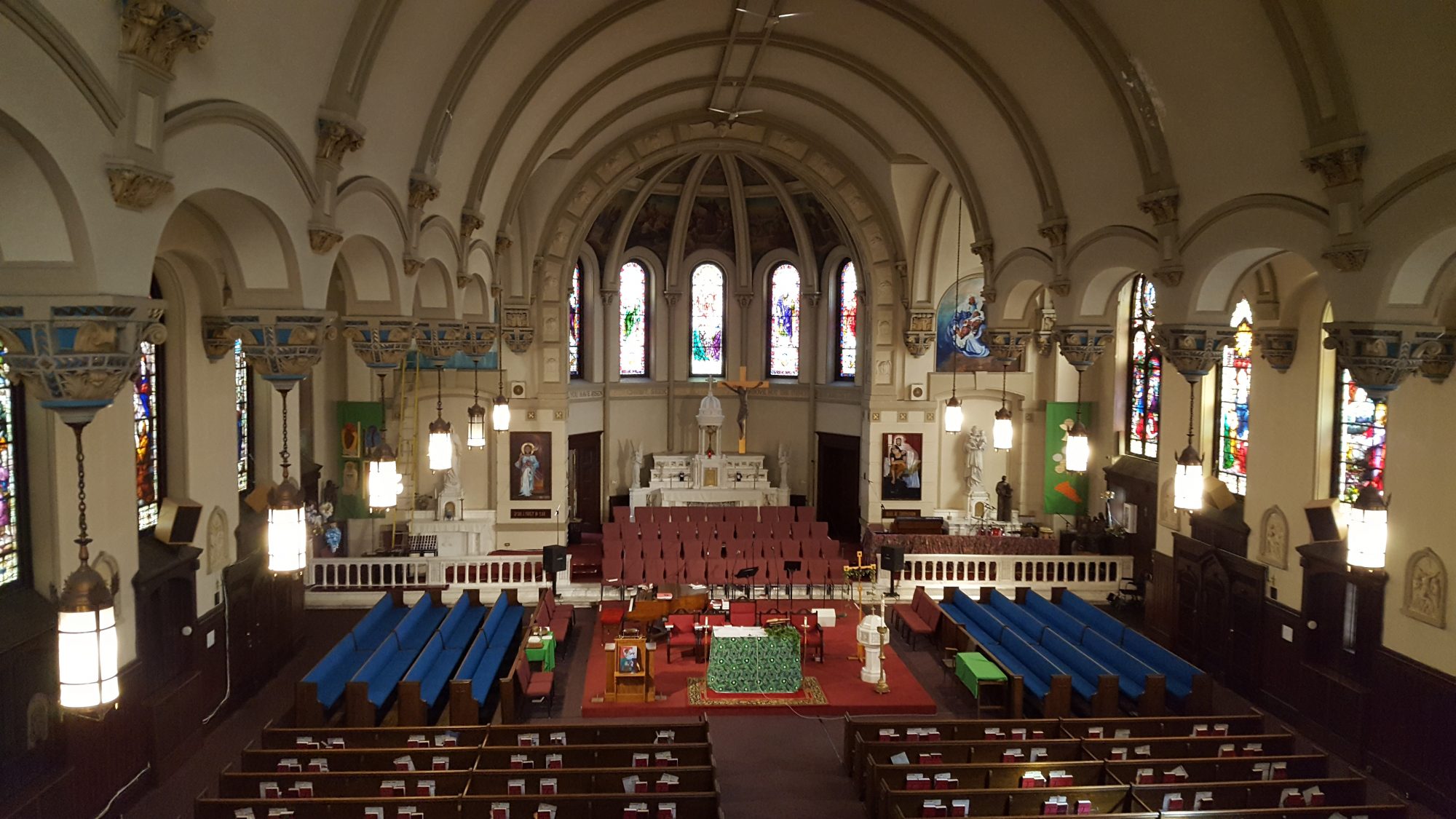 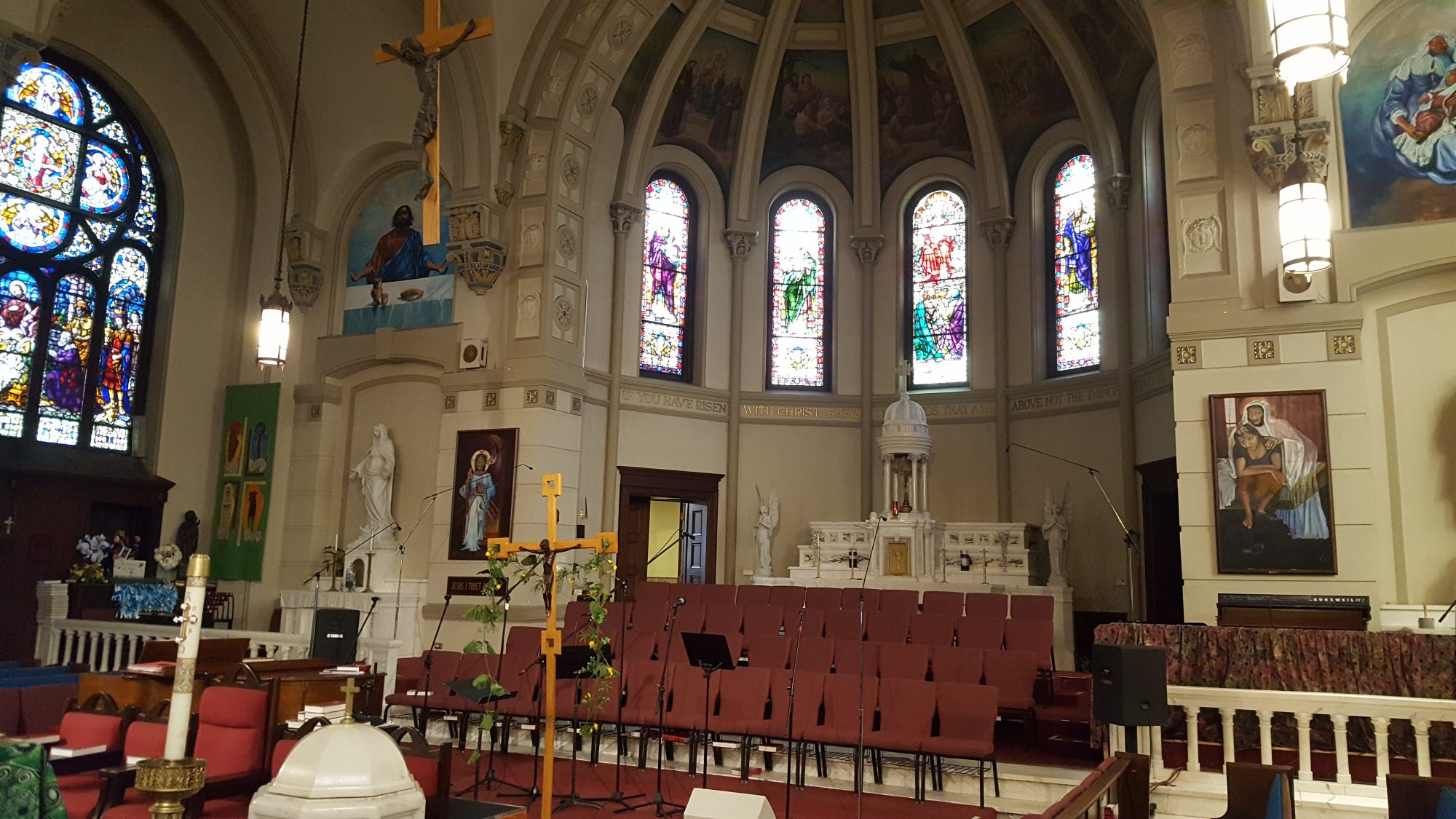 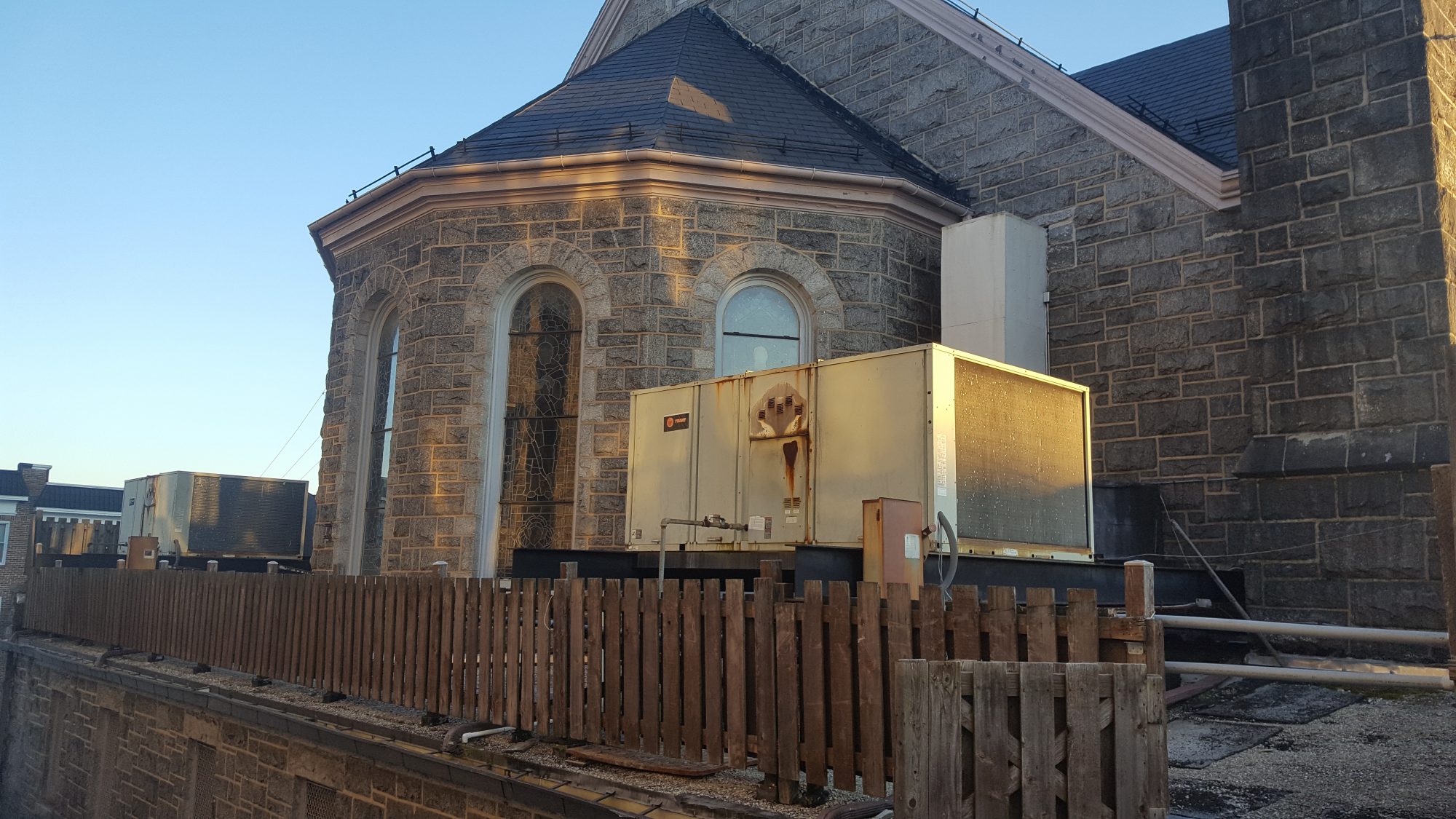 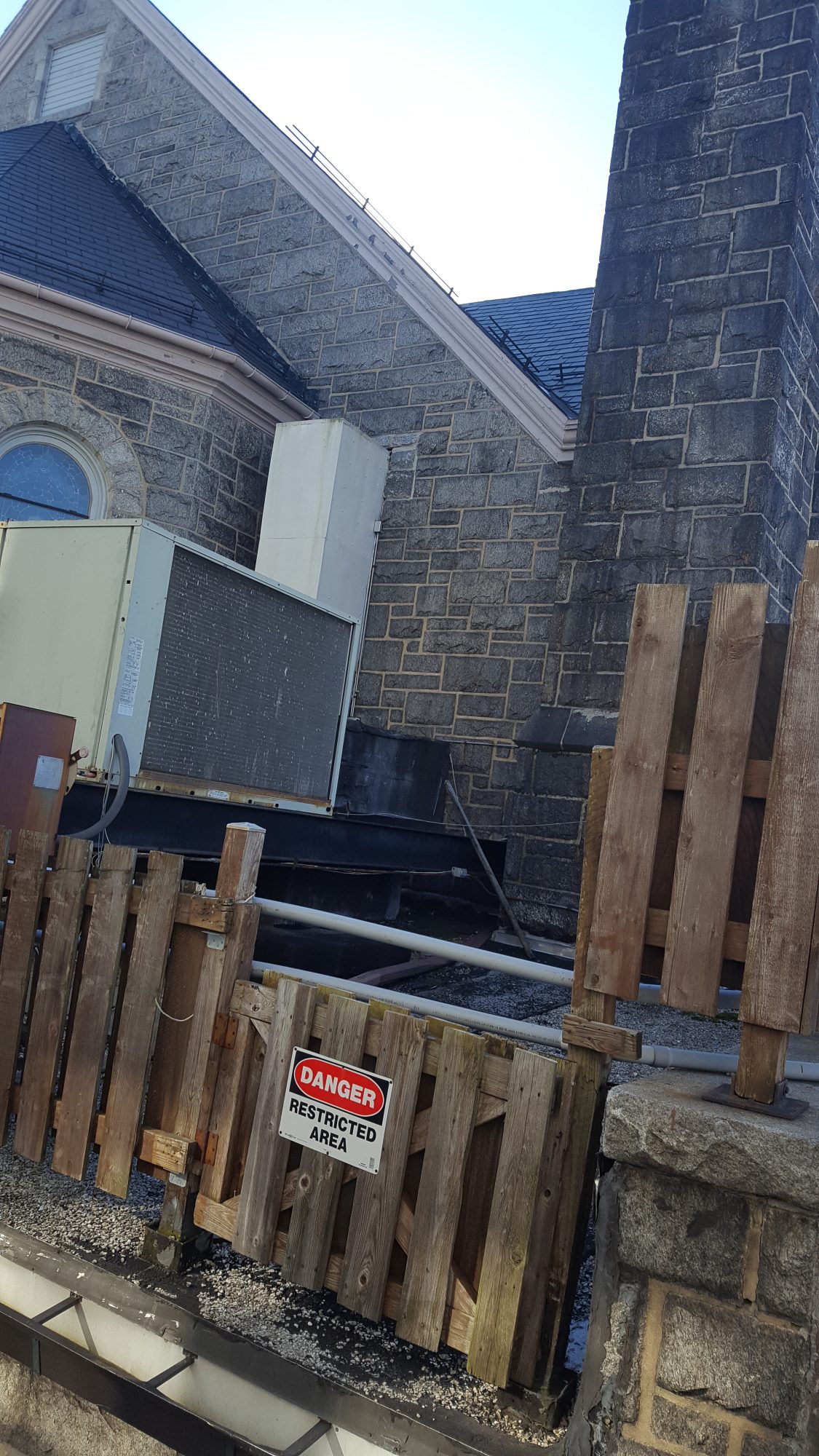 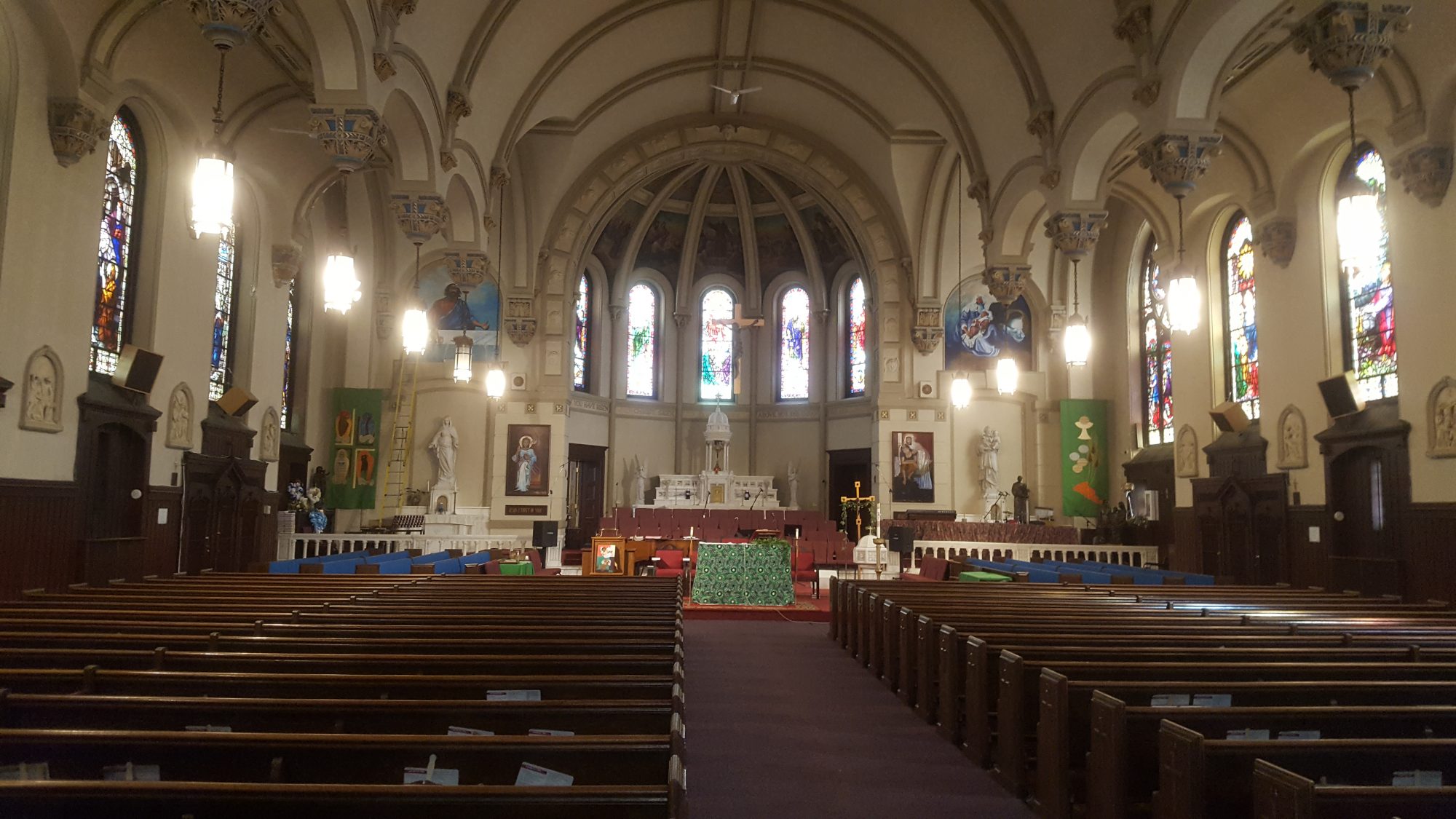 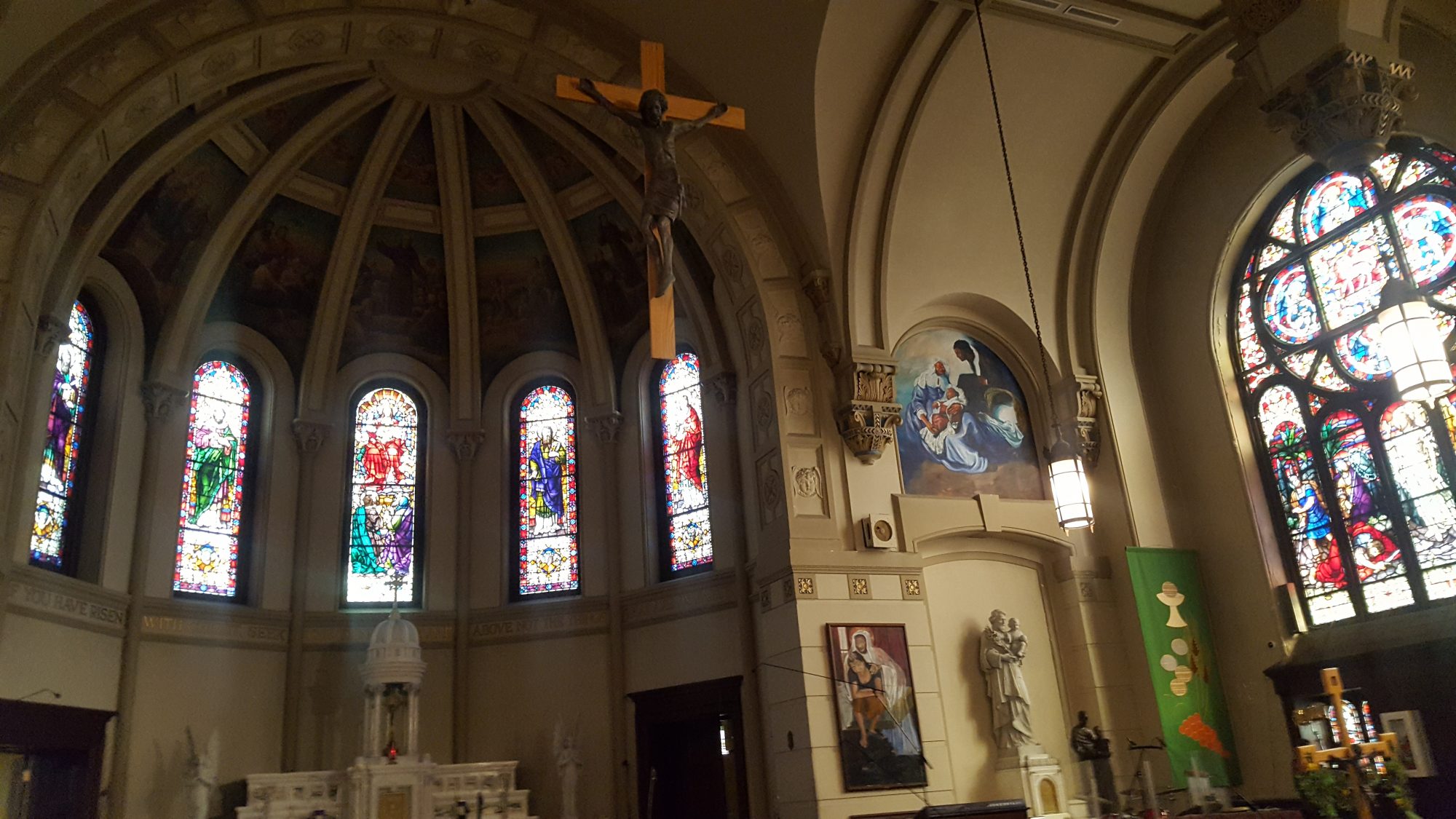 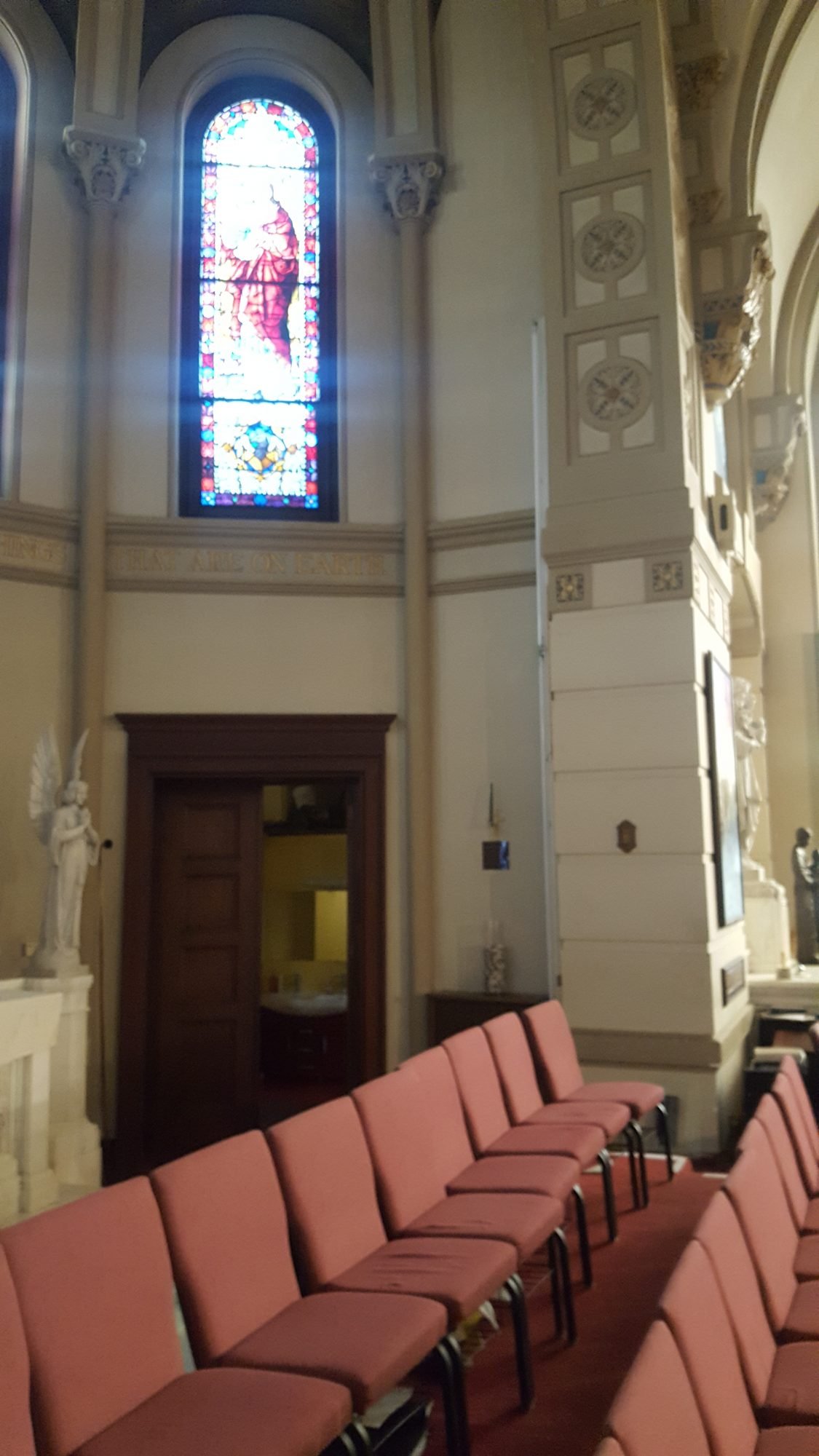 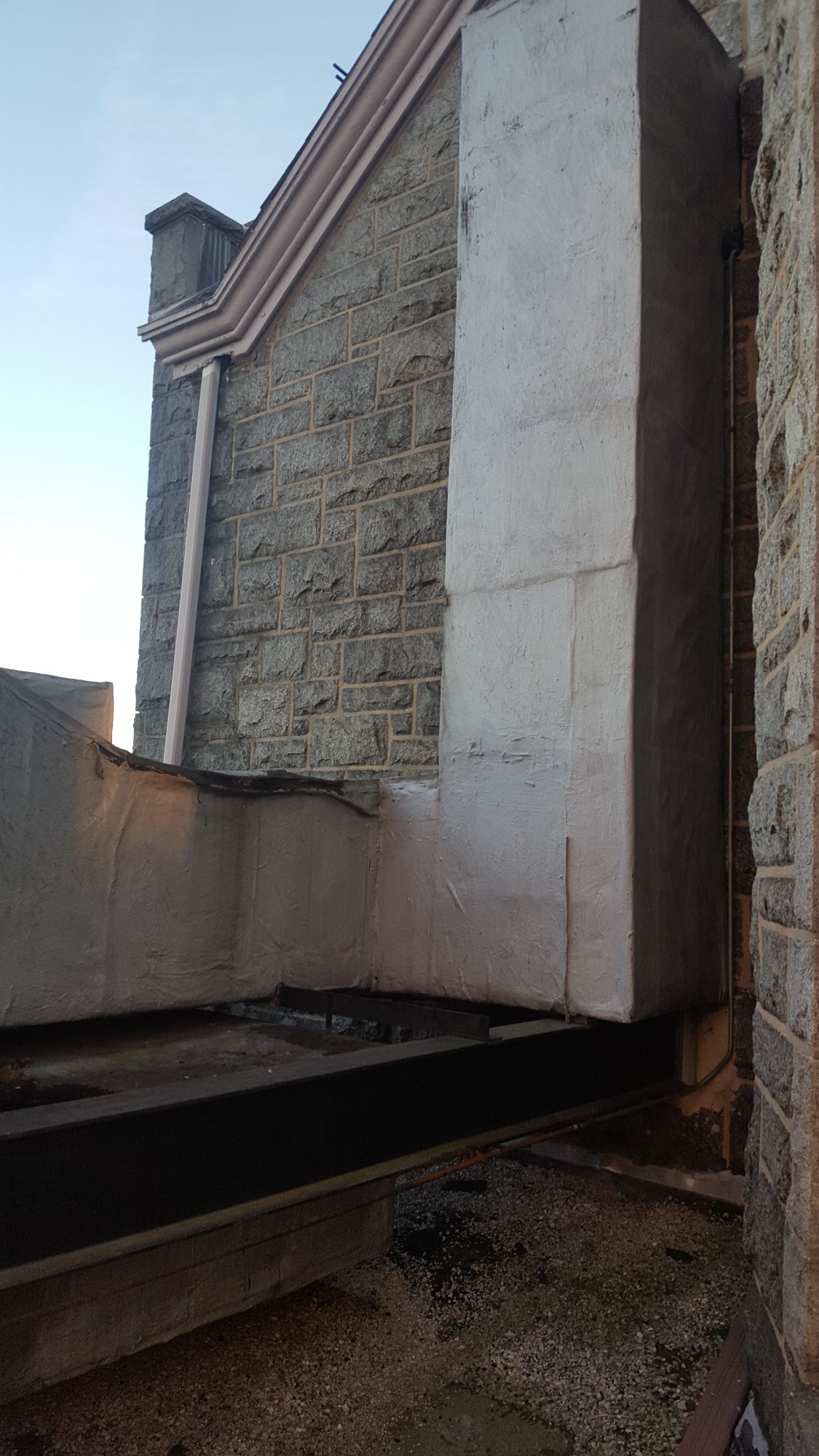