Relative Humidity and the Indoor Environment

As warmer weather slowly approaches we will begin a new cooling season with a rise in air temperature and relative humidity levels. Indoor relative humidity levels is a component along with temperature and pollutants that determine Indoor Air Quality (IAQ) within buildings. Poor indoor air quality is typically associated with Building Related Illness (BRI) and Sick Building Syndrome which can lead to performance losses of personnel. During the 1970’s, 1980’s and 1990’s significant changes in code requirements led to tighter building construction and use of different construction materials which can contribute to moisture buildup within the indoor environment. 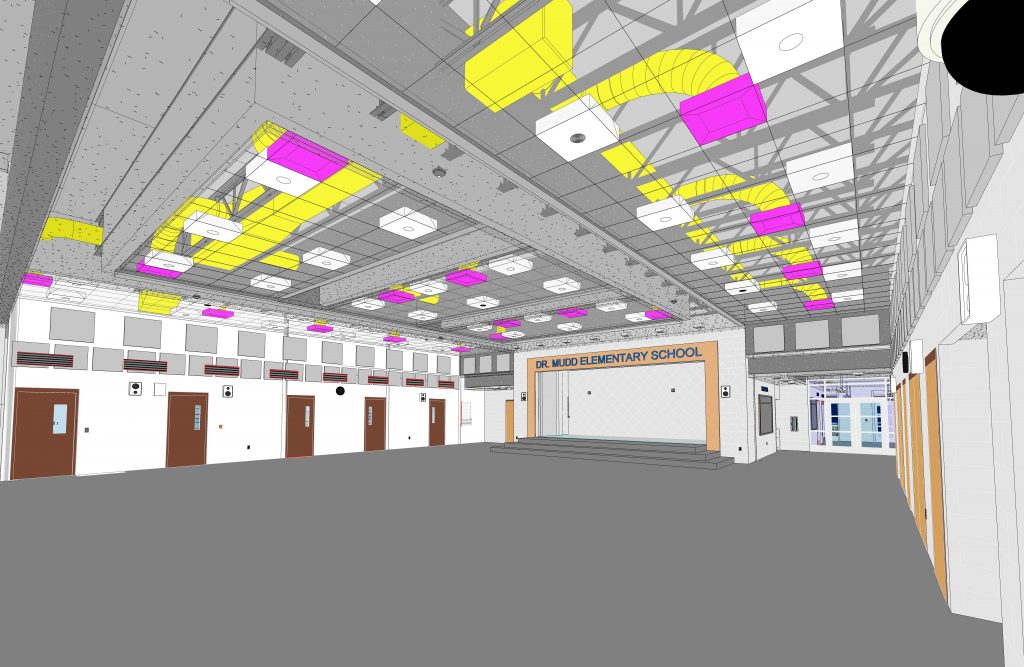 This moisture buildup or high indoor relative humidity conditions can have significant negative effects on the building and its occupants. Mold growth is a common concern as is the potential destructive nature of building components including within exterior walls that can’t be easily inspected. There are many different reasons why high indoor relative humidity conditions exists however, three (3) primary sources include infiltration through the building envelope (roofs, walls, windows, doors, attics, basements, etc.), generation of moisture in the building and the buildings air conditioning system. A leaky building envelope or how the envelope was designed/constructed are often easily visualized, felt and or diagnosed. Moisture generated by occupants or activities such as cleaning are also known.

All too often the building’s air conditioning system is the reason for high indoor relative humidity levels.

As building codes required tighter building envelope construction, reducing air leakage and increasing insulation requirements our buildings no longer breathe for the sake of reducing energy usage. These tighter more efficient buildings cause pollutants generated by occupants (e.g. carbon dioxide) to buildup. As a result of these findings, code required ventilation rates were increased. Ventilation essentially is outdoor air introduced into the building by the Heating, Ventilation, and Air Conditioning (HVAC) system to dilute these pollutants to provide indoor air quality that is acceptable to human occupants and that minimizes adverse health effects according to ASHRAE. Ventilation rates vary based on the floor area and use of the space (office, classroom, etc.). Occupant density (people per square foot) is also defined by code based on space function. 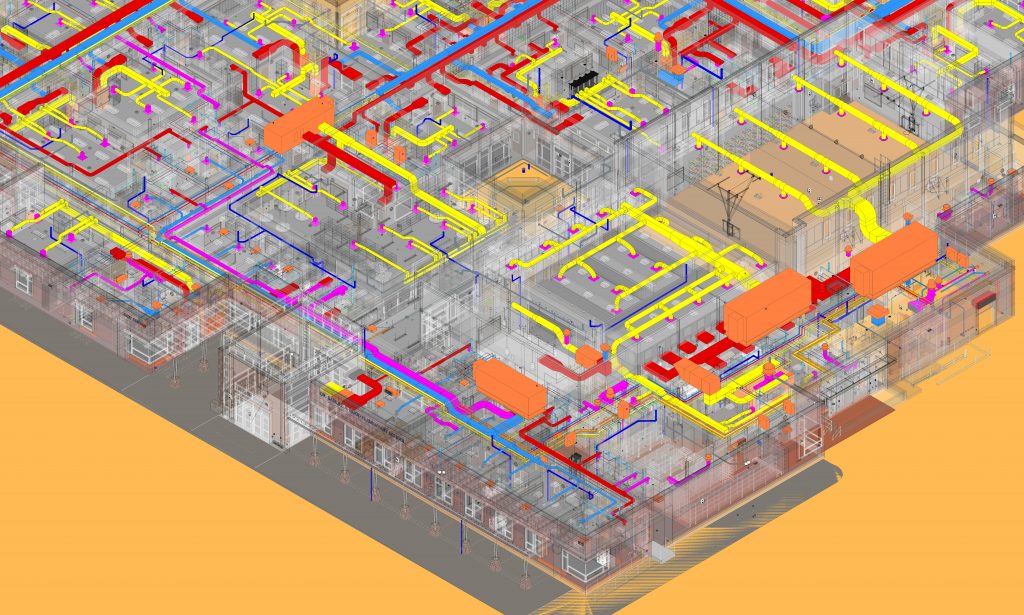 Specific humidity is the mass of this water vapor present in a unit mass of dry air. Relative humidity expresses the amount of water vapor in the air relative to the amount of moisture it would hold if saturated at that temperature or percent saturated. 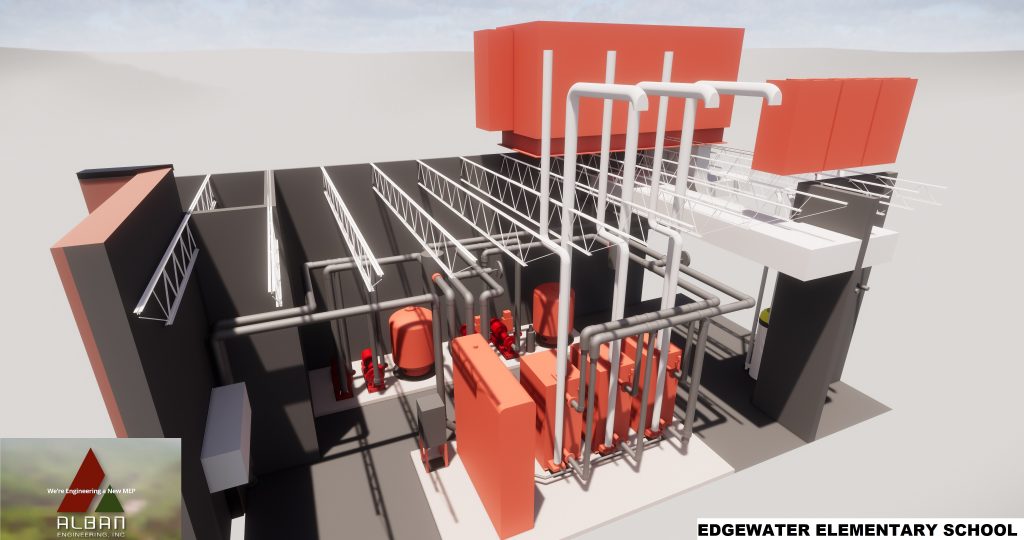 Dehumidification is typically a byproduct of air conditioning however, supply air needs to be cold enough leaving the cooling coil for dehumidification to occur. As HVAC Engineers we design for the peak or maximum cooling load condition yet these conditions only occur a few hours during the year. At part load conditions supply air can be cooled but not made cold enough for moisture to be extracted out of the air stream. The mixture of return air from the occupied space and outside air required for code required ventilation has to be cooled low enough for this moisture to be condensed out of the air stream which we call dehumidification. This condensation occurs when the cooling coil is at or below the dew point temperature of the mixed air stream. The condensation effect is no different than taking a can of your favorite beverage out of the refrigerator and placing it on your counter or taking it outside. If the can surface temperature is below the dew point temperature of the surrounding air then water droplets/condensation will form on the surface of the can until the can warms up.

When a building is experiencing high indoor relative conditions, primarily on part load conditions during the cooling season it could be that the HVAC unit is injecting moisture from outside into the building via the ventilation air and the air conditioning unit may be cooling the air to satisfy the space thermostat but not making the air cold enough to dehumidify. Most problematic areas will be large gathering spaces with a single thermostat or spaces with large fluctuation of occupants. Other conditions can be an unoccupied building that is operating as if it was occupied or spaces that are subcooled (i.e. less than 75°F). 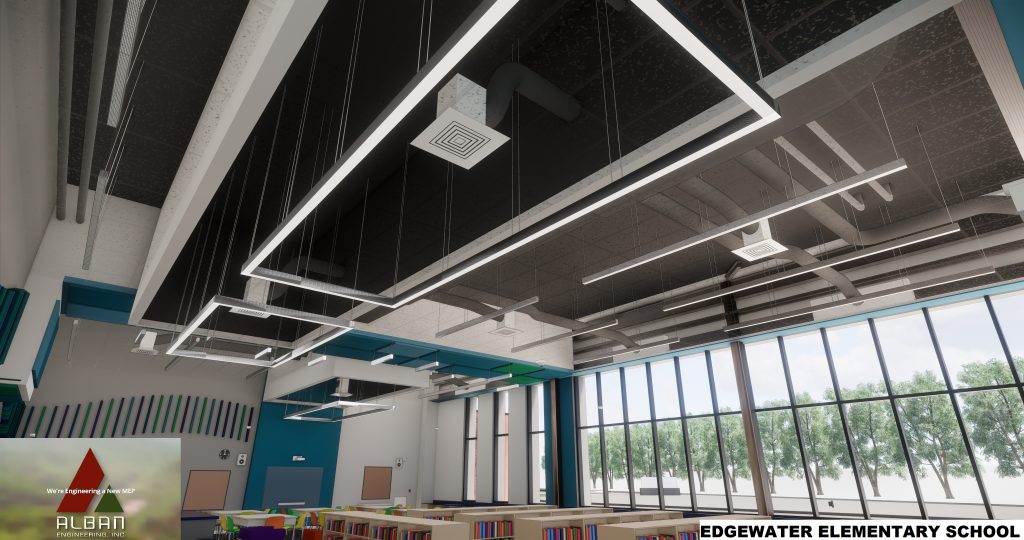 Secondly, reduce the source of moisture by reducing your outside air flow rate by using space carbon dioxide sensors in a code compliant manor. When there are less occupants in the building or space the amount of outdoor air can be reduced accordingly. Additionally, if a space just needs to be cooled but is not occupied, mechanical ventilation is not required. This is particularly true for assembly spaces and/or buildings not used continuously but still cooled (churches, schools). An occupancy sensor can be used to determine occupancy or occupancy can be scheduled through a time clock feature of your air conditioning unit controller.

High indoor relative humidity levels can be very problematic for the building and its occupants during the air conditioning season. Sometimes understanding why it occurs and ways to reduce it is not simply recognizable. 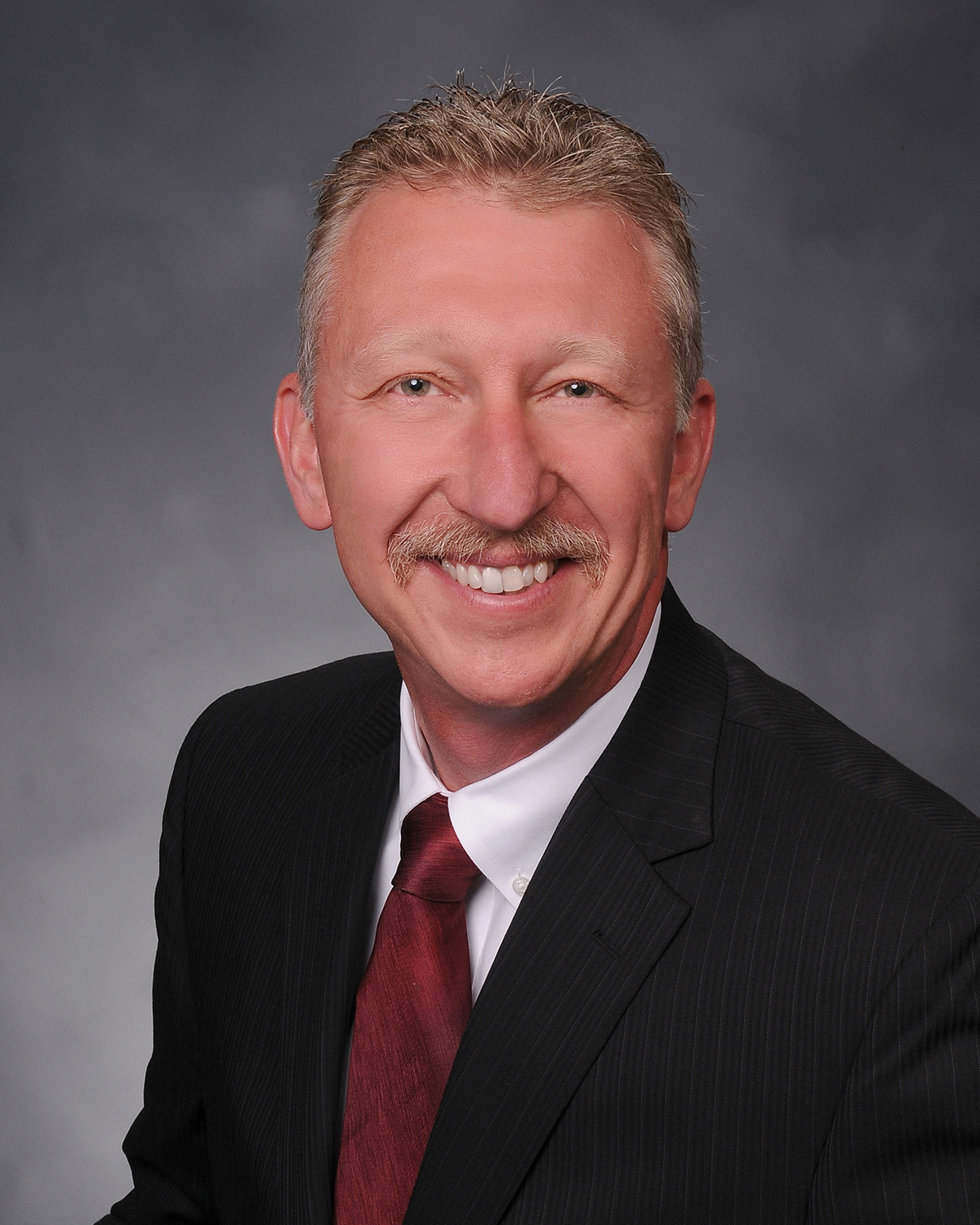 READY TO WORK WITH ALBAN ENGINEERING?